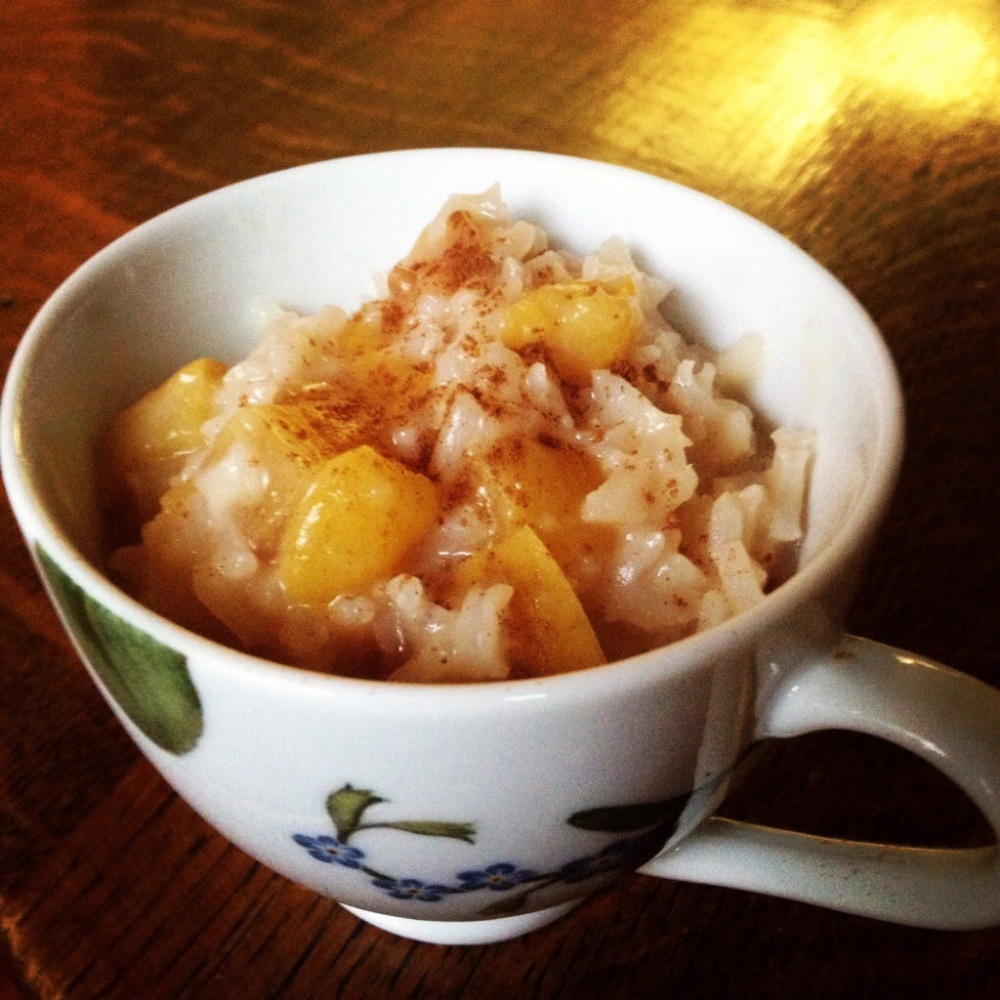 I remember wandering into a falafel place in Santa Cruz, CA and trying rice pudding for the first time. it was subtle, milky, spicy and sweet. I came upon this recipe while reading Tyler Florence’s Fresh Start, a fantastic read for making food for your little ones from solids to adolescence and entire family-friendly meals. I modified it to be refined-sugar free and we really enjoyed it! I liked it best warm, but it can be enjoyed cold as well.

In a large saucepan, melt the butter over medium heat. Add the peaches and cook until they release some of their juices, about 5 minutes.

Add the rice and stir until it is coated. Add the apple juice, milk, coconut milk, cinnamon stick, vanilla and salt and bring to a boil. Reduce the heat to low and cover. Cook until rice is tender and has absorbed most, but not all of the liquid, about 20 minutes.

Toss the cinnamon stick, taste for sweetness and add natural sweetener to taste. Serve in a small tea cup or bowls and add a dash of cinnamon for aroma and visual appeal.